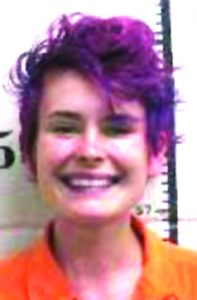 Megan Mallory, arrested twice in recent weeks for reported assault of an officer, theft, and other offenses, was arrested again following an incident on April 27 and an alleged social media threat.

According to a Sequatchie County Sheriff’s Department affidavit, Deputy Daniel White responded to a trespassing call at Window Rock Road.

For more see the May 7 issue of The Dunlap Tribune.