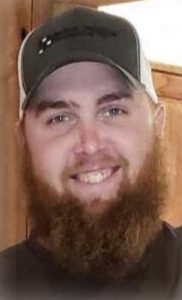 He was an employee of Bledsoe Telephone Co-op. Cody went into IBEW at age 18 and worked as an apprentice lineman for five years. He was a 2011 graduate of Sequatchie County High School, loved the outdoors, hunting, fishing, and riding in the mountains.

He was preceded in death by his grandfathers, James Allen Grimes and Melvin Lee Raulston, Sr.

Funeral services will be held Thursday, March 14, at 1:00 p.m. in the funeral home chapel with Rev. Tony Cates officiating. Burial will be in Chapel Hill Cemetery.