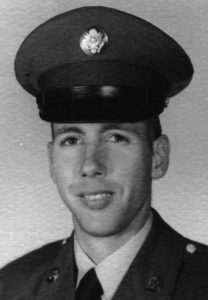 Born August 29, 1937 to William Chester and Pauline Mansfield Allen. He was preceded in death by his parents and his brother, William (Bill) Luther Allen.

He was a member of New Hope Cumberland Presbyterian Church.

Lynn graduated from Sequatchie County High School in 1955. He attended the University of Tennessee at Chattanooga for one year, before a lengthy illness sidelined his education. After his recovery, Lynn went to Oregon and worked for two years.

Upon his return home in 1959, he was drafted into the United States Army where he reached the rank of Sargent. After serving his country, he went to work for Cooke Manufacturing Company. He worked there for 37 years as a Sales Representative. He was the first sales representative for the company to sell $1M worth of furniture.

He and Catherine met in 1974 and married in 1986. In 1997, they moved from Ooletwah, Tennessee to the family farm in Dunlap. The farm was where he was happiest — taking care of his cattle and keeping his fence rows clean.

A special thank you to the Hearth Hospice staff for taking such good care of him during his illness.

Due to the current pandemic, there will be no visitation. Graveside services will be held at Chapel Hill Cemetery on August 20, at 10:00 a.m. with Pastor James (Jimmy) Byrd conducting the service. The service is open to the public, however, please adhere to social distancing guidelines.

Online condolences can be made at www.reedfamilyfh.com. Arrangements by Standefer-Reed Funeral Home, 50 May Road, Dunlap.