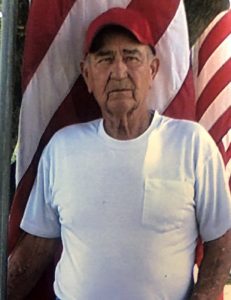 William “Bill” Franklin Brannon, 83, of Rossville, Georgia, passed away unexpectedly at his home on Sunday, October 27, 2019.

Bill was born and raised in the Rossville area and lived his life there. He was a proud U.S. Army veteran and was a member of the Rossville Church of Christ. He was self-employed in construction for many years doing everything from carpentry to plumbing, he worked for several years at Golden Gateway and retired after 15 years with Ridgeway Apartments. When he wasn’t working, Bill enjoyed working in his yard and on his truck.

Condolences can be shared at lane-southcrestchapel.com. Lane Funeral Home – South Crest Chapel was in charge of arrangements.