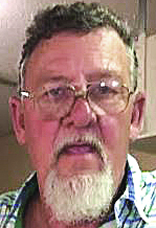 He was preceded in death by his father, IA Guy; his first wife, Lorene Guy; and son-in-law, Timothy Shrader.