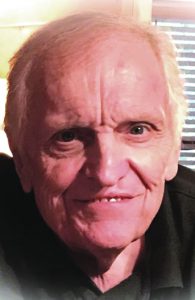 Lee Orval Chapman, 71, passed away at Memorial Hospital in Chattanooga on August 14, 2019.

Preceding him in death were his parents, Betty Lee Jack and Orval Chapman.

Lee was born in Stillwater, Minnesota and moved to South Florida in 1982. He moved to Dunlap in 2006 after hurricanes destroyed his home. He retired in 2003 as a motor coach operator, safety director and dispatcher. Lee has a coach collection that he proudly displayed in cases at his home. Lee’s granddaughter, Paige, at the age of two said, “Toys, Poppi’s toys?” He was a master calligrapher and had written many invitation cards, certificates and funny little doodles that he left on his wife’s car.

He was a proud Navy veteran serving on the U.S.S. Little Rock during Vietnam. He carried the love of service throughout his life and became the post commander of Harvey-Merriman American Legion Post 190. While commanding this post, it was transformed into a thriving and growing post. He was also a lifetime member of Disabled American Veterans and Dunlap Lodge 693 F.&A.M.

A memorial service will be held Thursday, August 29 at 1:00 p.m. at the Chapel Hill Historic Church.

In lieu of flowers donations can be made to the Sequatchie County Veterans Memorial Park or Harvey-Merriman American Legion Post 190.