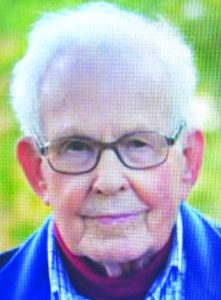 Dr. Ernest Shubird, 91, of Montgomery, Alabama passed away Tuesday, August 6, 2019 with his loving family at his side.

He was born July 19, 1928 in Lewis Chapel, Tennessee. He was a veteran of the Korean War and a retiree of the United States Air Force. After a distinguished military career, he served as an administrator with the Alabama State Department of Education until retirement from that position. After his second retirement, he continued to serve as a consultant in the education field. He held numerous college degrees, including a PhD from Auburn University. In addition to his work in the field of education, he was a published author and a self-taught musician. Dr. Shubird was also a longtime member of Aldersgate United Methodist Church, where he taught adult Sunday School.

In lieu of flowers, donations can be made to the Aldersgate United Methodist Church building fund.

Alabama Heritage Funeral Home of Montgomery was in charge of arrangements.