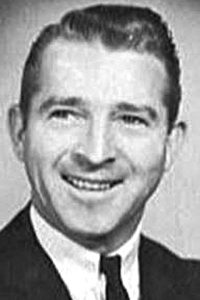 He was preceded in death by his parents, Gladys and George Bryant; and his sister, Jeaneane Payne.

Carlyle had a long and varied career, starting at the age of 15, with the highway department. He hauled dynamite, made and sold charcoal, and ran Dunlap’s only dirt race track. He ran a grocery store and with his father opened an indoor movie theatre and a drive-in theatre.

He drove for North American Van Lines and delivered satellites to Cape Canaveral and to top secret government underground silos in the west. In later years, he opened a convenience store, then retired at the age of 80.

He was a generous and loving husband and father and will be greatly missed.

Because of his personal wishes, there will be no visitation. In lieu of flowers, donations can be given to The American Heart Association, The Sequatchie County Cancer Support Network, The Animal Welfare Network of East Tennessee or a charity of your choice.