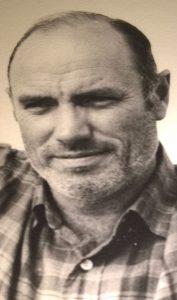 Born in Daytona Beach, Florida to Lillian and Floyd Bond in 1931, Alan joined the Air Force at an early age. He was in Korea flying C-47s, transporting troops. He lived in the MASH communities and, of course, MASH was his favorite show. Alan left the Air Force and got a job flying commercial airliners for Pan American Airways. He was rated to fly 707, 727, 737 and 747 jumbo jets, and other types as well. Alan was proud to retire without scratching a single airplane. He was an avid sailor and spent a lot of his life sailing overseas.

He was interred in Daytona Beach, Florida.

Arrangements have been entrusted to Lane Funeral Home, Ashland Terrace, of Chattanooga, www.lanefh.com.