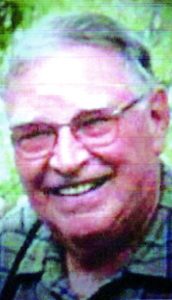 Born in Chattanooga, he was a U.S. Army Veteran and worked in management at Velsicol Chemical Corporation for more than 30 years, where he retired and was called back for five additional years. In his retirement, he especially enjoyed spending time with his family and managing his property investments; and, additionally, he enjoyed his farm where he raised Brangus cattle and grew corn and hay crops.

Funeral services were held Thursday, December 27 at Shepherd of the Valley Catholic Church in Dunlap