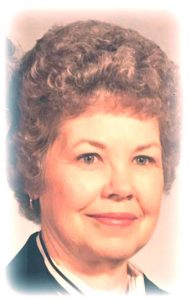 Juanita Pearl Griffin Snyder, 91, of Dunlap, Tennessee passed away Wednesday, January 31, 2018 at her home. She was of the Baptist faith and a member of East 23rd Street Baptist Church in Chattanooga. She was

retired from Olan Mills Portrait Studio after over 20 years of service. Mrs. Snyder, along with her husband O.W. Snyder and Irma Senters, made up the Snyder Trio, singing at church and on the radio. She enjoyed traveling and going on vacations with family, especially to the beach.