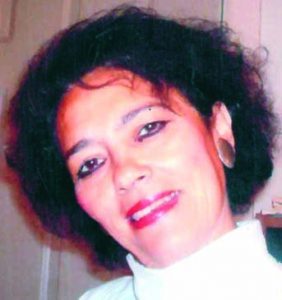 Maria Dionisia Bezerra Ramirez was born on April 8, 1940, in Ceara, Brazil, to Alfredo and Maria Antonia Bezerra. She passed away on November 5, 2017, surrounded by her family and friends.

She was a member of First Cumberland Presbyterian Church in Chattanooga. Following their move from Chattanooga to Dunlap, they attended First Baptist Church.

To her family, she was known as Mimi, and to her friends she was Dee. She met her husband, Joseph Ramirez, at a church function in Brazil while he was visiting friends. Joseph says he knew from the moment he saw her, she was the woman he would marry. Together, they raised three children, eleven grandchildren, and two great-grandchildren.

She was a seamstress who owned Rivermont Sewing Shop. While Dee may not have been able to boil a pot of water, she could grow any plant and spent many of her days outside gardening and doting on her grandchildren.

She was preceded in death by her parents, Alfredo and Maria Antonia Bezerra; her siblings: Louis, Aderson, and Adelia.

Visitation will be held Saturday, November 11 from 10-11 a.m. with a service to follow at 11 a.m. in the funeral home chapel.

In lieu of flowers, the family asks you to please send a plant for Mimi’s memory garden.

Ewton Funeral Home was in charge of arrangements.