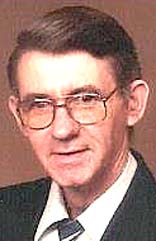 He was born in Dayton to the late James (Walter) and Pearl Mae Ivester Housley on April 30, 1934. Bobby was a Christian of the Baptist faith. He was an auto mechanic and most of his career he worked at Douglass Engine Builders in Chattanooga.

Funeral services were held Saturday, September 2 at Lane Funeral Home in Chattanooga. Burial was in Spence Cemetery in Dayton.