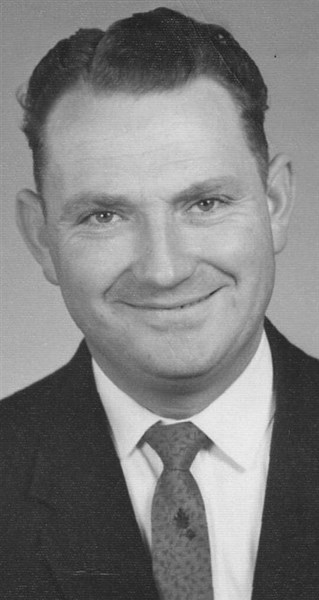 He was born on May 1, 1930 in North Carolina to Sylvester and Nannie Shankle, who preceded him in death. The oldest of three children, he was also preceded in death by a brother, Burton.

In October 1950, Clyde married Kathleen Orvin, his lifelong love, companion, and partner in ministry for 60 years, four months, and five days. She entered her eternal rest on February 18, 2011.

Clyde was a proud Korean War veteran, serving as an Army medic. After serving military stent, he felt God’s call to the ministry. He enrolled at Lee College, graduating with a degree in Bible Education.

Soon after in 1957, Clyde and Kathleen, and by now young daughter Kathy, would accept their pastorate at Mowbray Church of God in Hamilton County. After 10 years at Mowbray, the family, which now included younger daughter, Cynthia, moved to Memphis to pastor Park Avenue Church of God.

In 1969, the Shankle family was on the move again to upper East Tennessee. Rev. Shankle was called to pastor the Roan Street Church of God in Elizabethton.

The Shankles’ final pastoral move was to Dunlap Church of God in January 1985. Clyde supposedly retired from the pastoral ministry in the fall of 1993. However, a short while later, the Shankles were needed again, this time in Palmer. Clyde and Kathleen called Dunlap home for almost 30 years and gained a host of friends throughout the beautiful Sequatchie Valley. Clyde called it “God’s Country”.

Rev. Shankle was designated Pastor Emeritus of Dunlap Church of God. Clyde and Kathleen were very talented singers and musicians playing accordion, guitar and harmonica. One of the trills of his senior years was being invited by Gary Epperson to join him in a harmonica duet. They played a gospel medley with

The Singing Echoes during their annual Easter event at the Garden Plaza in Cleveland. Clyde also won third place in a regional talent contest that year while a resident of the Lantern in Collegedale.

Clyde had an extensive teaching and administrative career in education. He served as principal of Lone Oak Elementary in the 1950’s and 1960’s. He returned to the classroom in Sequatchie County in 1993 for five years. He continued in the role of substitute teacher for ten years until 2008.

He had a lifelong friend in ministry, Dr. Bill Sheeks. They became friends as teenagers in Kannapolis, North Carolina. Special friends in Dunlap include Wayne and Sandy Hatfield, Jane and Tim Griswold, and Sidney and Keith Davis. Clyde loved everyone and sought to share God’s love everyday.

A special thanks from the family goes to the Garden Plaza of Cleveland, The Lantern of Collegedale and Bradley Healthcare of Cleveland.

A Celebration of Life was held at Dunlap Church of God on Tuesday, November 24 with Pastor Brandon Gates officiating.

In lieu of flowers, donations can be made to Hospice of Chattanooga or Gideons International.