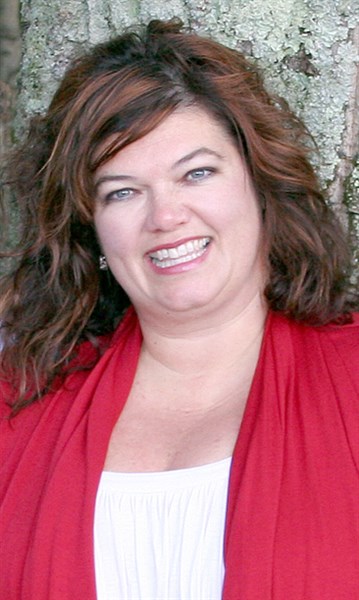 Angie passed away at her home on Monday, October 12, 2015 after a nearly three-year battle with ovarian cancer.

She was born on September 15, 1962 in Cookeville to Terry Hunter and Sue Ray Smith Lamb of Cookeville.

Angie was a graduate from Putnam County Senior High School and attended Tennessee Tech University. She had a 30-year career with Averitt Express which began in December 1985. At the time of her illness, she was the tech support leader.

She had a very special and close relationship with her son, Reese, who was born in 1991. Angie married Michael Tellmann in Las Vegas March 10, 2004 and has spent the last 11 years having as much fun as they could have together.

“Gone but not forgotten” will describe Angie as time passes without her on the earth. She was always the life of the party with a smile and laughter that was contagious. She took time to help people, was a fantastic listener, and she took charge when things needed to get done. Angie made a wonderful home life for her family, was a terrific cook – with the smoke detector going off letting Mike and Reese know dinner was ready.

Being at home the last year, Angie loved the company of her Ragdoll, Anakin Skywalker, Esq. She enjoyed listening to music, watching movies, and especially loved spending time with and spoiling her three nieces. Kali, Taylor and Fallon Sophia.

Angie will be sorely missed by her family, friends and co-workers. To know Angie was to love Angie…and everyone did.

Family and friends will serve as pallbearers.

In lieu of flowers, please donate in the name of Angie Tellmann for Ovarian Cancer Research at ovariancancerinstitute.org/donate orovarian. org/donate.php.

If you prefer to donate to a local organization, please help the precious animals in our community by donating in the name of Angie Tellmann to: Cookeville/Put-nam County Animal Shelter, 2650 Gainesboro Grade, Cookeville, TN 38501 or http://aarf-tn.com/donate/.

Arrangements were made by Hooper-Huddleston & Horner Funeral Home in Cookeville.