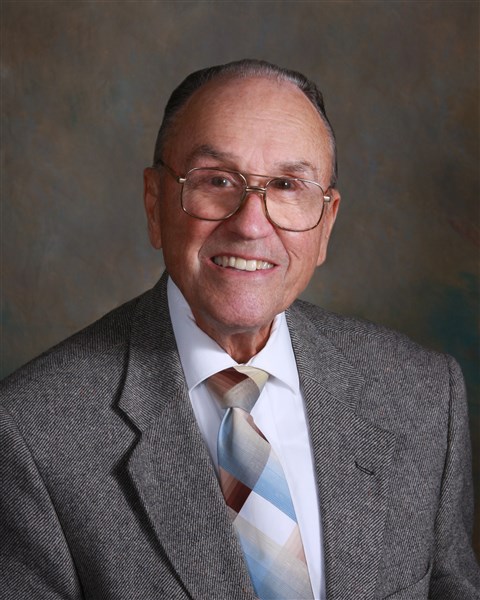 On July 7, 2011 Dr. Nelson was to see patients and had a surgery scheduled to perform, but unfortunately he himself suffered a debilitating stroke. Since then he has been unable to walk or talk but still understood everything  and enjoyed seeing friends and loved ones.

Roger Theodore Nelson was born on October 7, 1920 to missionary parents  in Lucknow, India. He and his five siblings grew up in India.

Roger graduated top of his class from College of Medical Evangelists (Loma Linda University) in 1944. After medical school in his first year of surgical residency Roger met Ethel Read, a third year medical student. They married November 7, 1946 and in turn became physician missionaries to Bangkok, Thailand in 1951. There both of these physicians had wide experience. There was no kind of medicine Dr. Roger couldn’t handle. Trained as a general and thoracic surgeon he did the first heart surgery in Thailand in the large modern mission hospital, Bangkok Adventist Hospital. Dr. Ethel is a pathologist and opened a Medical Technology School. The Nelsons formed an excellent medical team.

During their first term of mission service the Nelsons had three children, Laurel, Orlyn, and Theodore. Dr. Roger, nature lover that he was, spent many hours with the family hiking and birding, and then doing clinics in remote areas of Thailand.

When they eventually left Thailand permanently in 1983 they had spent 26 years there all together. Returning to the United States, they chose the sunny South.

Dr. Roger practiced general surgery and family practice in Chattanooga, Wildwood, GA and Dunlap. Loved by all, he was known as the praying doctor because he always offered to pray with his patients. Neighbors and friends all knew him as fully accessible, perpetually cheerful, and always helpful. At any time of day or night he would rush to help in an emergency and because of his wide experience, he could always offer excellent medical advice and care.

Dr. Nelson was an avid birder. He always enjoyed the challenge of seeing and identifying new birds, but loved the common drab birds as well.

He enjoyed helping people stop smoking and often teamed with other health professionals to offer smoking cessation clinics and seminars.

A member of the Dunlap Seventh-day Adventist Church, he faithfully enjoyed each Sabbath service and was rarely too busy to enjoy Wednesday night prayer meeting as well.

His garden and orchard produced profusely. Often Dr. Nelson would take a trunk full of apples or vegetables to share with whomever could use some of his produce.

Memorial service will be on June 7, 2014 at 4 p.m. (Central Time) at the Dunlap Seventh-day Adventist Church, Tennessee. Online condolences can be made at www.reedfamilyfh.com.

Arrangements were made by Standefer-Reed Funeral in Dunlap.